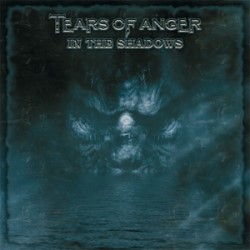 Tears of Anger are yet another example of the high caliber of Rock and Metal bands coming out of the Scandinavian music scene. Yet how many Rock and Metal fans in America, for example, have heard of Tears of Anger, and how many guitar enthusiasts, outside or even inside of guitar circles, have heard of the extraordinary guitarist Benny Jansson? He released no less than three Fusion albums prior to organizing Tears of Anger with his brother Bjorn, who handles the vocals. American and European audiences alike would do well to shine the spotlight on Tears of Anger and recognize their superb musicianship, stylization, and production values. In the Shadows deserves to be brought out of the shadows and enjoyed by Heavy Rock and Metal fans around the world.

The new album is Tears of Anger's second release and features the same lineup as on their debut (Still Alive, 2004, Lion Music), with Benny Jansson on guitar and keyboards, Bjorn Jansson on vocals, Daniel Flores (Mind's Eye) on drums, and Johan Niemann (Mind's Eye, Therion) on bass.

Of the twelve cuts, all of which are strong, about half possess a progressive feel similar to Jorn Lande's songwriting as well as his vocal style. The other songs stay closer to a Blues base, but are still ultra-heavy. Bjorn Jansson's soulful singing on the latter cuts is often akin to Doug Pinnick's (King's X), with those extended Blues phrases and that emotional vibrato. Moreover, King's X fans will appreciate some of Benny Jansson's wicked guitar riffs à la Ty Tabor.

Benny's lead guitar work displays maturity far above the average Metal speedster. He has an intense lead style of his own, but for the sake of comparison, his light touch, fluidity and overall technical ability are on par with the likes of wizards such as Kee Marcelo (K2, Europe) or even Allan Holdsworth. His solos are picture-perfect and show off some incredibly fast runs and slick legato lines. Although for this album, he keeps a rein on his instrumental chops, perhaps too tightly. There are no lengthy, exhibitionistic solos here, nor any flights of Fusion (for those, check out Benny's solo albums).

The striking quality of the music on In the Shadows is the huge atmosphere, a result of the synergies between the instrumentation and the arranging. One can imagine instrumental versions of some of the songs serving well as a powerful movie soundtrack. Interesting keyboard synth sounds are smartly integrated in the arrangements; they fill out the soundscape and make the guitars larger than life. By the way, the album was produced, engineered, and mixed by Benny Jansson.

The inclusion of songs with a dark, heavy Prog-Metal flavor, as well as those with a straighter, heavy Blues approach, makes In the Shadows a very satisfying album. A longer guitar solo here and there and a greater variety of instrumentation would have been pluses, but the album is highly recommended for its large sound, high-energy songs, expert guitar work and outstanding production.

Tears Of Anger - In The Shadows 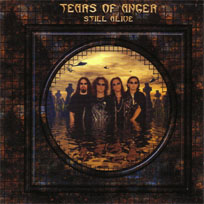 Tears Of Anger are from Sweden put together by brothers Bjorn and Benny Jansson, along with Daniel Flores (from Mind's Eye & Faro) and Johan Niemann (from Mind's Eye & Therion).  Musically if you like those bands then you will find lots to enjoy here, one factor of this record has to be Bjorn's vocals which are almost a mix of Glenn Hughes, Jorn Lande and Jeff Scott Soto as heard on the excellent opening track 'The Awakening', this is a fine example of progressive metal aka Dream Theater with hard rock edges thanks to Bjorns killer vocals. The band get a little more experimental on 'Still Alive' which is quite modern, especially vocally, its works and is very catchy, I loved the chorus. Next up is  'Afraid Of The Dark', this track is very melodic with atmospheric keyboards, it makes me think of Queensryche in places, Bjorn again sings this song to stunning effect melodic atmospheric and progressive, perfect enjoyable track. 'Sword Of Sorrow' is darker and melodic, Bjorns vocals remind me of the guy from Freak Kitchen crossed with Harry Hess of Harem Scarem circa "Big Bang Theory" on this track, the chorus sways and you can just imagine this track being performed in the live circle, glorious and melodic power metal played with, superb track, very much like a progressive Harem Scarem. 'Nightmare' is heavier and catchy with fantastic fret action, strong vocals almost aka Jeff Scott Soto, I loved this song, very catchy and punchy with raspy vocals. 'Moment Of Truth' explodes at you and again you can imagine Jeff Scott Soto performing this, its a good vibrant modern metal track with chunky riffs aka Humanimal.
'Revenge Will Come' is quite progressive but also melodic aka Talisman crossed with the afforementioned Harem Scarem/Freak Kitchen qualities and is another highlight, the chorus is very laid back and melodic. 'Watch Me Run' is a commercial catchy modern hard rocker, this is excellent and the vocals are superb. 'Walk Away' is pure Talisman/Humanimal, the guitar works is very neo-classical based and again Bjorn's vocals are like Jeff Scott Soto's an excellent track, very catch and possibly the best song of the whole record. 'Kings Call' is a heavier stomping rocker, very melodic in style too. 'Who I Am' ends the album on a racy melodic note and is another good track with strong vocals, the whole track is very melodic and the chorus is just stunning and something you may find on an Ark or Jorn Lande album, excellent track.
First impression of "Still Alive" left me cold, however after living with it for a few weeks I have found it growing on me like hell, especially Bjorn's vocals, he is a fantastic singer with a diverse range and he delivers what is expected on each track, thus the album is brilliant and diverse and full of very catchy songs that any fans of the above bands will enjoy, roll on album number two.
80/100
Nicky Baldrian

The two brothers Benny and Björn Jansson are two well-known musicians in Sweden. Through the eighties and
mid nineties they worked for one of Sweden`s best selling labels called Lionheart Records. They did producing,
engineering and playing for many artists and they were both well hired studio musicians. The idea of starting
Tears Of Anger began when the two brothers wanted to mix AOR and Metal together. They signed a deal with
Montezuma records, but for reasons yet unknown, the album was never released. In the late nineties the two
brothers stopped working together for a while, Björn worked as session vocalist and singer with artists and bands
like Erika, Two Rocks and Snakes In Paradise. Benny also continued his career working with Two Rocks, The
Johansson Brothers, Talisman and Svullo, he also released three soloalbums in this period. After working with
Daniel Flores (Mind`s Eye, Faro) on his latest soloalbum, Daniel was asked to join Benny and Björn in Tears
Of Anger. The band searched for a bassplayer for a while and ended up with Daniel`s bandmate from Mind`s
Eye, Johan Niemann. With a great lineup the band finally could start working on their debut Still Alive, who
was released by Lion Music in March. 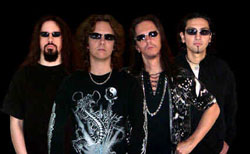 It comes great bands from Sweden all the time and Tears Of Anger is another great proof on that. With the debut,
Still Alive, they mix elements of Melodic Hard Rock/ Melodic Metal with a touch of progressive rock. It`s easy to
hear that the two brothers Björn and Benny has a lot of experience in the music business. Björn is a great singer
who sometimes reminds me of a mix between Bjorn Lodin (Baltimoore) and Andy Engberg ( Section A). Benny is
a very good guitarplayer with a lot of technical riffs and solos, his style in playing is sometimes like Pete Lesperance
(Harem Scarem) and Alfred Koffler in Pink Cream 69. The watertight rhythm-section with Daniel Flores (Mind`s
Eye, Faro) and Johan Nieman (Mind`s Eye) sounds rock solid. The production by Björn and Benny is very good
and they have managed to make a huge massive sound and it is obvious that they have put a lot of work in the song-
writing too. The first track, The Awakening, presents Tears Of Anger very good with a bit of most of the styles
they are through on the album. The song has some small progressive parts mixed with a dose of Melodic Metal,
Hard Rock plus a nice chorus and great played instruments. With many highlights like Afraid Of The Dark, Sword
Of Sorrow, and the Prog oriented Revenge Will Come, plus the very nice Classic Hard Rock oriented King`s
Call they show us big talent and great skills. Still Alive is a very strong debut I will recommend to everyone who
like a bit of Prog, Melodic Metal and Classic Metal and Hard Rock!
http://www.tearsofanger.com/
http://www.lionmusic.com/

Tears Of Anger are: